Sanju Samson announced that he is returning back to India from England on Friday (July 8). The right-hander was included in the first T20I against England as BCCI announced earlier that they are giving rest to some of the Test squad players for the first T20I. Samson was not given a chance in the first game as well and the cricketer posted a picture in the Indian jersey announcing that he is returning home thanking his fans for the support.

Samson was picked for the 2-match T20I series against Ireland before the England tour and was given an oppurtunity in the 2nd game by stand-in skipper Hardik Pandya and VVS Laxman. The right-hander smoked the Irish bowling attack in that match scoring 77 off just 42 balls with 9 fours and 4 sixes.

Notably, Samson scored his first T20 international fifty against Ireland and also played the T20 practice matches in England while the Test squad were locking horns with Ben Stokes-led three lions. Sanju opened the batting for India in those games. He scored 38 in the first T20 but got out on zero in the second, as per reports. 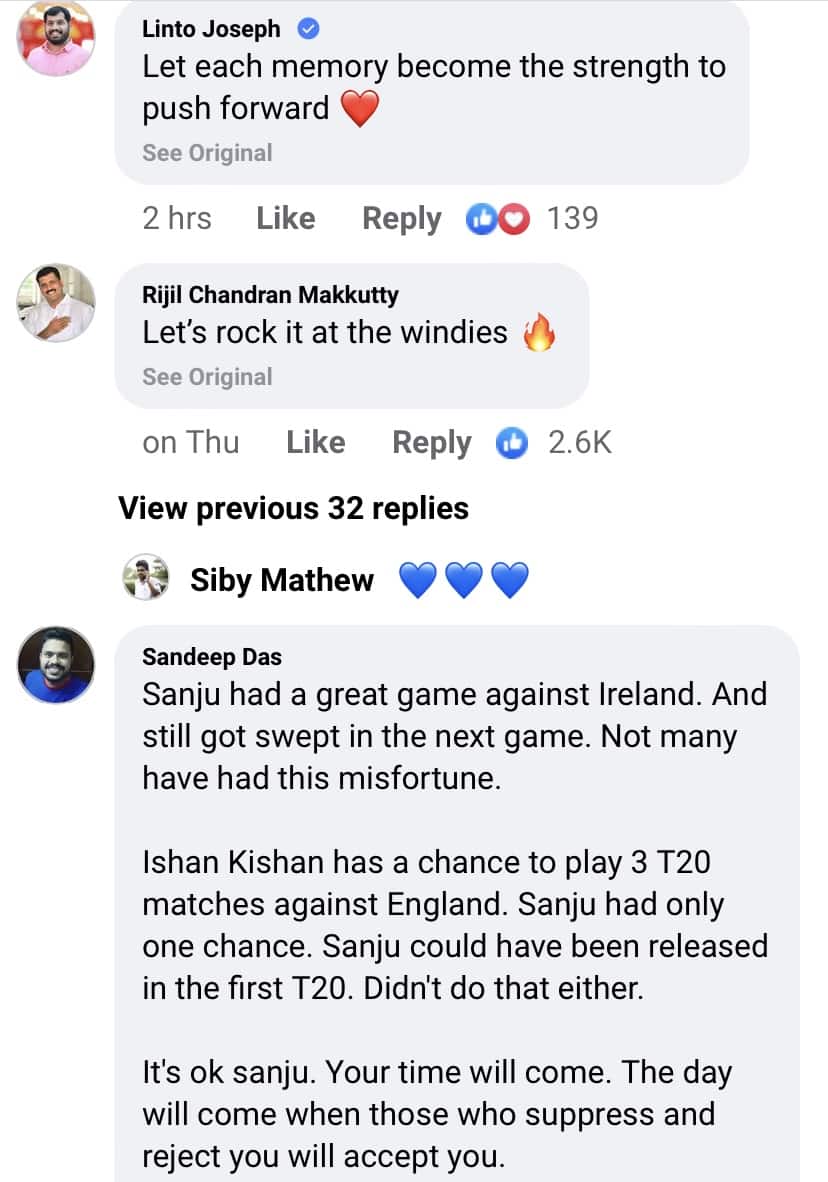 Similarly, in the first T20I against England, Rohit Sharma shockingly gave Arshdeep Singh a chance to debut for India against England dropped Umran Malik from the XI. Arshdeep Singh, who plays for Punjab Kings in IPL and is a fine swing bowler, who is equally good at the death. There was no place for Umran in the playing XI.

Rohit opened up on India trying out many players as well as captain, at the toss. He said: “We know the scheduling, we got to have the understanding, players will be swapped every now and then. You can create your bench strength as well, a lot of opportunities for guys to come out and play.”