Former India captain Virat Kohli, who has been struggling for form with the bat, has headed to Paris for a vacation with his Bollywood star wife Anushka Sharma and daughter Vamika. According to reports, Kohli himself had sought this break from the Board of Control for Cricket in India (BCCI) as the national selectors were keen on sending the Indian batter to the West Indies for the five-match T20 series.

Kohli has been rested from the entire West Indies tour and will only return for the Asia Cup late next month. Kohli has struggled for form over the last couple of years and will hope that the vacation will rejuvenate him in the build-up to the T20 World Cup 2022 in Australia later this year.

Anushka Sharma posted a story on Instagram revealing that the couple were in Paris. The Bollywood star mentioned that the temperature was too hot, reaching 41 degree Celsius. The French Capital is certainly hotter than London where the couple were during the England tour. 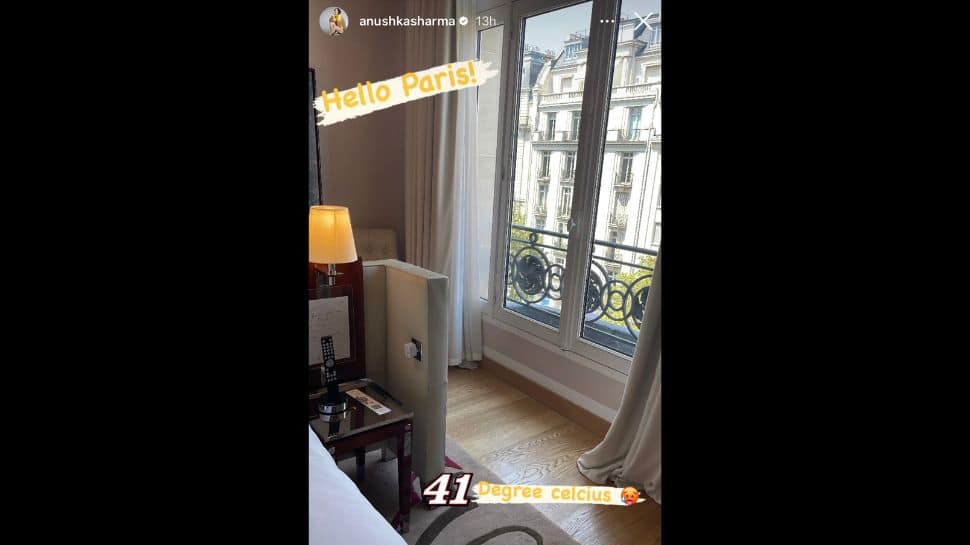 Kohli is enduring a wretched run with the bat and has failed to score a century since November 2019. He could manage just 76 runs from six innings across formats on the England soil, which included the rescheduled fifth Test, two ODIs and as many T20s.

“If I had about 20 minutes with him, I would be able to tell him the things he might have to do. It might help him, I am not saying it will help him but it could, particularly with regards to that off-stump line,” former India opener Sunil Gavaskar told ‘India Today’.

“Having been an opening batter, having been troubled by that line, there are certain things that you try and do.”

Kohli’s lean patch has led to calls for his ouster from the T20 World Cup team, with even the legendary Kapil Dev voicing support for his exclusion. However, many former and current cricketers, including Babar Azam, Kevin Pietersen and Shoaib Akhtar have backed him to come good in the upcoming games.