Delhi Capitals Shikhar Dhawan’s personal life is in turmoil heading into the second phase of the Indian Premier League (IPL) 2021. Dhawan, who is the current Orange Cap holder in IPL 2021, has got separated from his wife Ayesha Mukherjee after eight years of marriage and is currently far away from his son Zorawar in UAE.

The DC opener also failed to find a spot in India’s squad for the T20 World Cup 2021 next month. Dhawan is currently the leading run-scorer in IPL 2021 with 422 runs in nine matches with three half-centuries and a top-score of 92. The opener chipped in with 42 against Sunrisers Hyderabad as Delhi Capitals posted a comfortable eight-wicket win on Wednesday (September 22) night.

Dhawan shared an Instagram story with an image of him on a video call with son Zorawar, who is currenly with his mother Ayesha in Australia. “Love spending time with him,” an emotional Dhawan captioned the story. 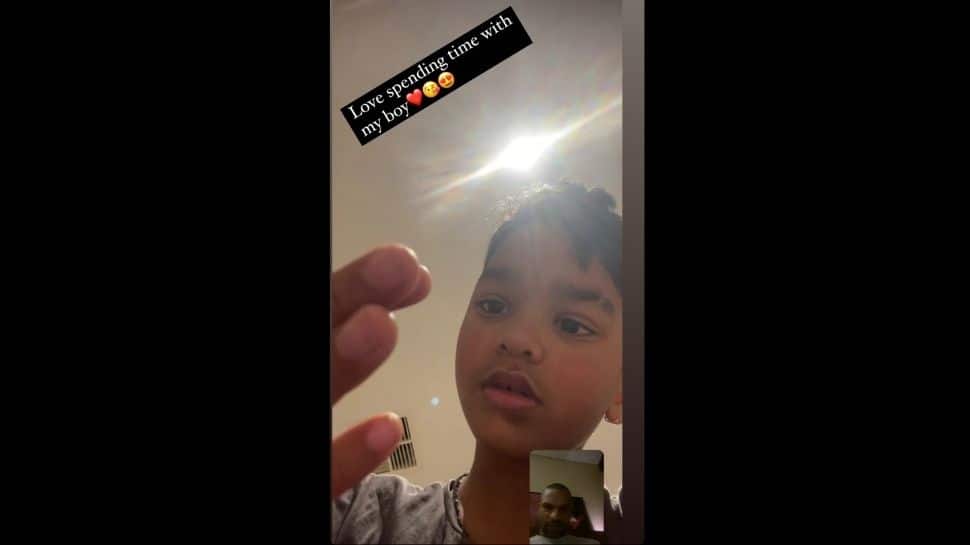 Dhawan married the Melbourne-based boxer, Ayesha Mukherjee, in 2012 and adopted her two daughters from her previous marriage. The couple has a son named Zoravar. Ayesha broke the news on her new Instagram page named ‘Aesha Mukerji’ on Tuesday as her original profile with the name ‘Ayesha Dhawan’ was deleted from the social media site.

Dhawan tied the nuptial knot with Aesha on October 30 in 2012. Aesha is originally from West Bengal but moved to Australia when she was 8-years-old. She is also a trained kickboxer and a sports fanatic. 46-year-old Ayesha was married to an Australian businessman in the past. With him, she had welcomed their first child in 2000 and named her Aliyah. And she gave birth to another daughter named Rhea in 2005.