Rishabh Pant’s Delhi Capitals moved into the sixth spot on the IPL 2022 Points Table with a massive win over Punjab Kings on Wednesday (April 20) night. COVID-19-hit DC thrashed PBKS by nine wickets with 9.3 overs to spare to give a massive boost to their net run-rate which is now 0.942 – the best among all the 10 teams.

But IPL 2020 runners-up have a long way to go to catch up to table-toppers Gujarat Titans. DC have 6 points from 6 matches while debutants Titans have 10 points from the same number of games. Apart from Titans, Royal Challengers Bangalore also have 10 points while Rajasthan Royals, Lucknow Super Giants and Sunrisers Hyderabad are in 3rd, 4th and 5th place with 8 points each. 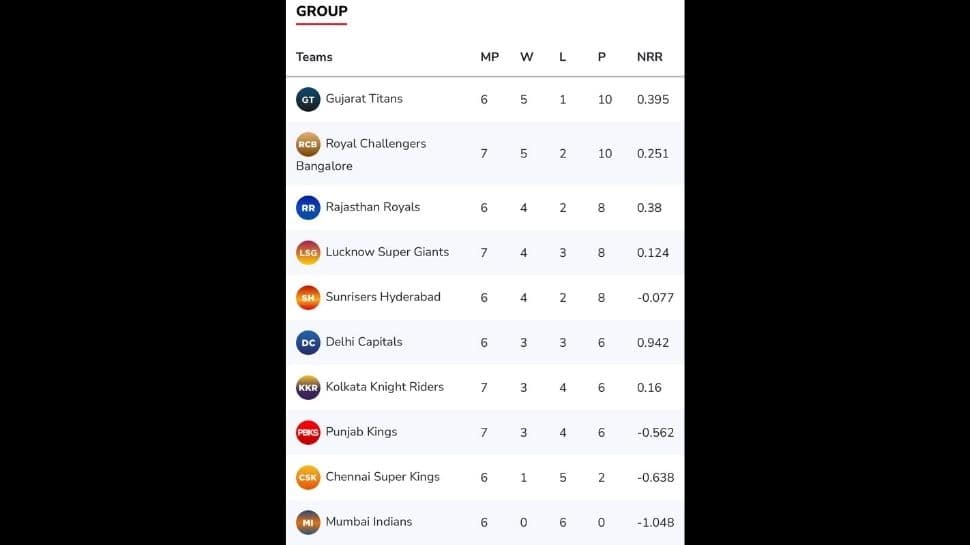 Mumbai Indians and defending champions Chennai Super Kings are currently at the bottom of the table and face each other in Match No. 33 of the IPL 2022 on Thursday (April 21). MI are looking for their first win of IPL 2022 while Ravindra Jadeja’s side have won just one game so far out of six.

Rajasthan Royals opener Jos Buttler continues to lead the batters’ list with 375 runs from 6 matches with two centuries and two fifties so far. DC opener Prithvi Shaw moved into the 9th place with 217 runs in 6 matches thanks to his 20-ball 41 against PBKS.

LSG captain KL Rahul and RCB skipper Faf du Plessis are in second and third position with 265 and 250 runs respectively.

RR leg-spinner Yuzvendra Chahal is the leading wicket-taker of the season so far with 17 scalps in 6 matches including a hat-trick in his last match. The other half of famous ‘KulCha’ pair – Kuldeep Yadav is in second spot currently.

DC chinaman bowler Kuldeep picked up 2/24 against PBKS to increase his tally to 13 wickets from 6 matches. SRH pacer T. Natarajan is in third place in the bowlers list with 12 wickets in 6 games.