Royal Challengers Bangalore batter Virat Kohli has been struggling to find runs in the ongoing IPL 2022 as he has scored just 216 runs in 12 matches this season with just one-fifty. Kohli has also been dismissed for three golden ducks this season.

However, in a recent chat with RCB’s famous Mr Nags, Kohli joked around when asked about his recent form and getting out on a duck thrice this season.

Interestingly, Kohli’s reaction left his wife Anushka Sharma impressed as she took to her Instagram stories to share Kohli’s interview and captioned it, “If you cannot laugh at yourself, you may be missing the colossal joke of the century.” 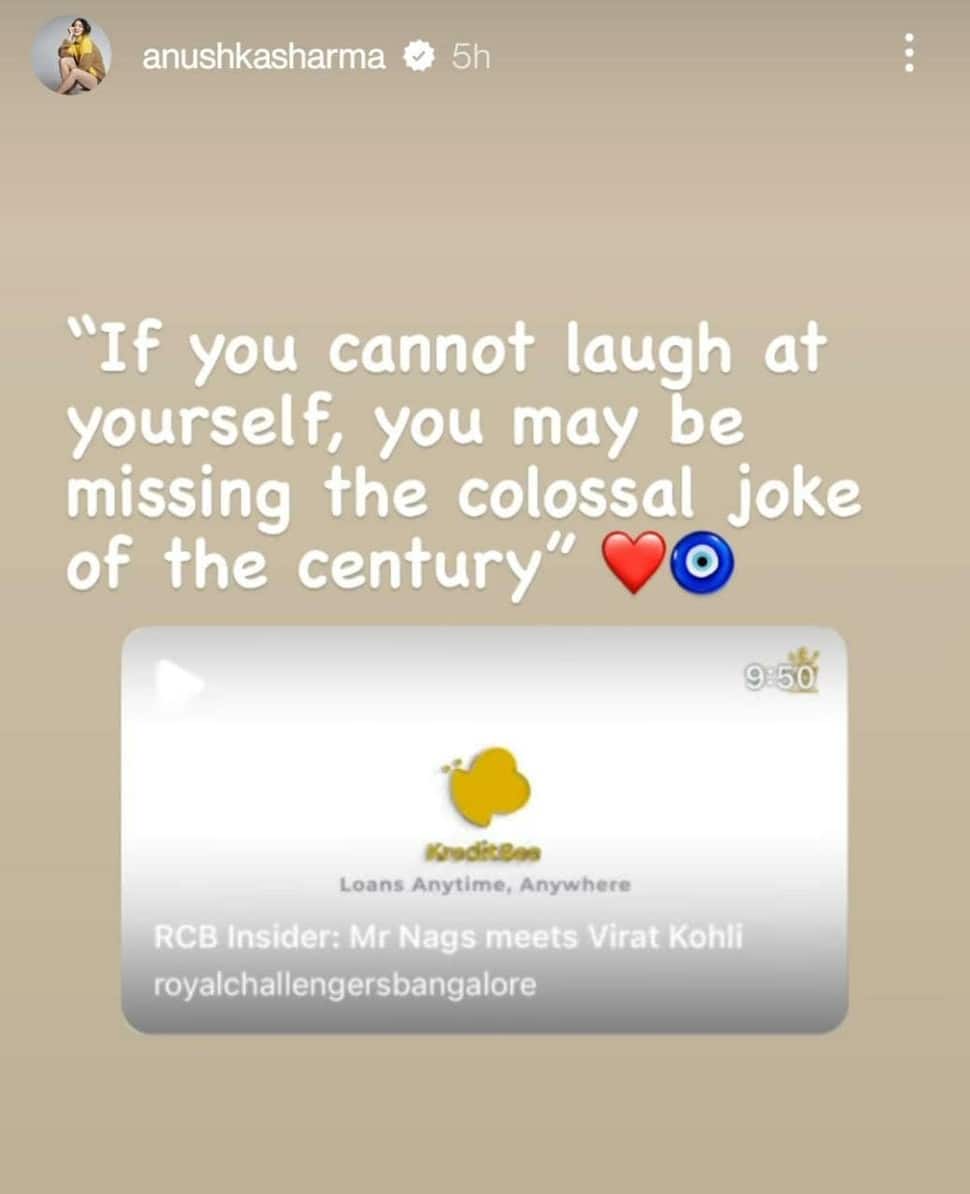 Interview of the year! Catch Virat Kohli in a relaxed, honest and fun avatar, even as Mr. Nags tries to annoy him just like he’s done over the years.

Tell us what the best moment from this interview was for you, in the comments section. #PlayBold #IPL2022 #RCB #ನಮ್ಮRCB pic.twitter.com/vV6MyRDyRt

His poor form has raised concerns with Ian Bishop pointing out Kohli’s inability to score fluently in the IPL this season. The former West Indies pacer also said that it was a matter of concern that he is getting out to different types of bowlers.

However, Kohli said he doesn’t pay heed to opinions and keeps critics at bay.