IPL 2022 Final GT vs RR: Will rain affect title clash? Teams have reserve day but Gujarat Titans will be champs in THIS case | Cricket News

The final of the Indian Premier League 2022 will take place at the Narendra Modi Stadium in Ahmedabad on Sunday (May 29). The question on every fan’s mind is what is the weather going to be like for the all-important contest between Hardik Pandya’s Gujarat Titans and Sanju Samson-led Rajasthan Royals.

The weather department is predicting a very hot and humid day for both the teams in Ahmedabad on Sunday for the IPL 2022 final. The capital of Gujarat will witness a high of 43 degrees during the day on Sunday but the temperature will come down slightly before the final gets underway at 8pm after the grand Closing Ceremony featuring Ranveer Singh and AR Rahman.

By the time the match starts at 8pm, the temperature is expected to be around 37 degrees, coming down to around 33 degrees by the time the match ends. The weather will also be extremely humid at around 51 per cent humidity with high wind speeds of up to 39 km/h. 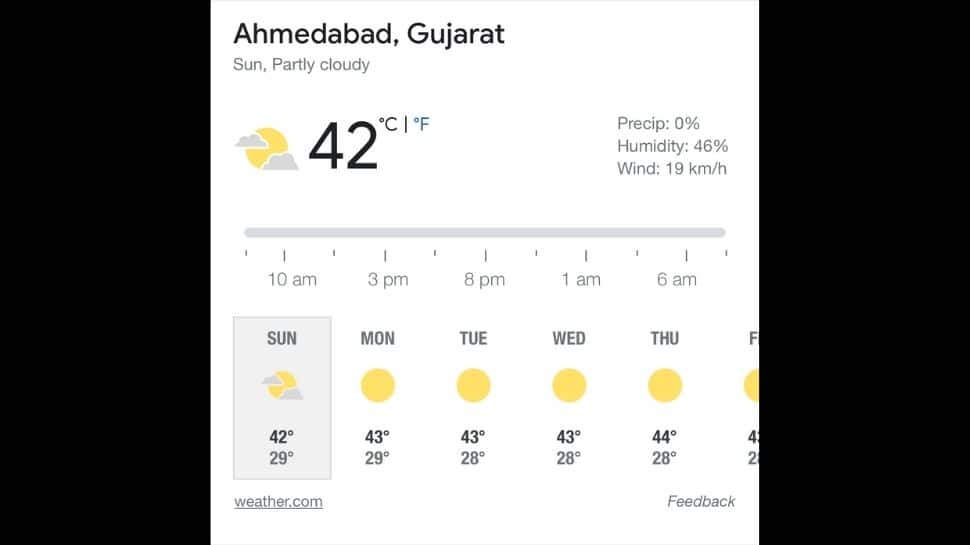 However, the good news is that there is not much chance of rain during the IPL 2022 final. But what happens if rain affects the IPL 2022 Final?

In such case a Super Over will decide the winner of the contest. This rule applies both for the play-offs and the final, which will be played at the Narendra Modi Stadium in Gujarat.

If the ground conditions are not suitable to conduct the Super Overs, then the league standings will determine the winners of the contest.

Meanwhile, May 30 has been reserved for the summit clash if weather doesn’t allow the final to be played as per the schedule, which is May 29.

“The number of overs in the playoff match may, if necessary, be reduced so that each side has the opportunity to bat for five overs,” the IPL guidelines read.

Meanwhile, if there’s no play possible on the reserve day even after the toss, a fresh one will be conducted on the reserve day. The guidelines stated the reserve day will have the same amount of playing time – five  hours and 20 minutes, including the two extra hours available in case of any weather disruption.

Meanwhile, for the final, the Super Over will need to start by 1.20 am. “For the final, in the event that it is not possible to schedule a five over match to be completed by the end of the extra time on the reserve day, the teams will, if conditions permit, play a Super Over to determine the winner of the final. This means that the pitch and ground must be ready for play so that the Super Over can start at the latest by 1.20am (final).”