India and Chennai Super Kings cricketer Deepak Chahar got married to his long-time girlfriend Jaya Bhardwaj in a grand ceremony at a hotel in Agra on June 2. His wedding was a two-day event that comprised of haldi, sangeet, and mehandi ceremonies as well.

Only one cricketer has been confirmed attending the wedding and that is his cousin brother Rahul Chahar. Rahul, in fact, had been sharing the glimpses of the wedding on his Instagram account. He attended the wedding with his wife Ishani.

After the wedding, Deepak and Jaya will fly to Delhi where they will be hosting a reception ceremony on June 3 and this event is to be attended by the likes of MS Dhoni, Virat Kohli and Rohit Sharma.

Malti Chahar, Deepak’s actress sister, who came to limelight during an IPL game as mystery girl, chose a lovely lehenga as her dress for the wedding and she was looking like a dream in it. She did not post any picture on her Instagram but she did share a glimpse of her on a Instagram story.

Check out the pic here: 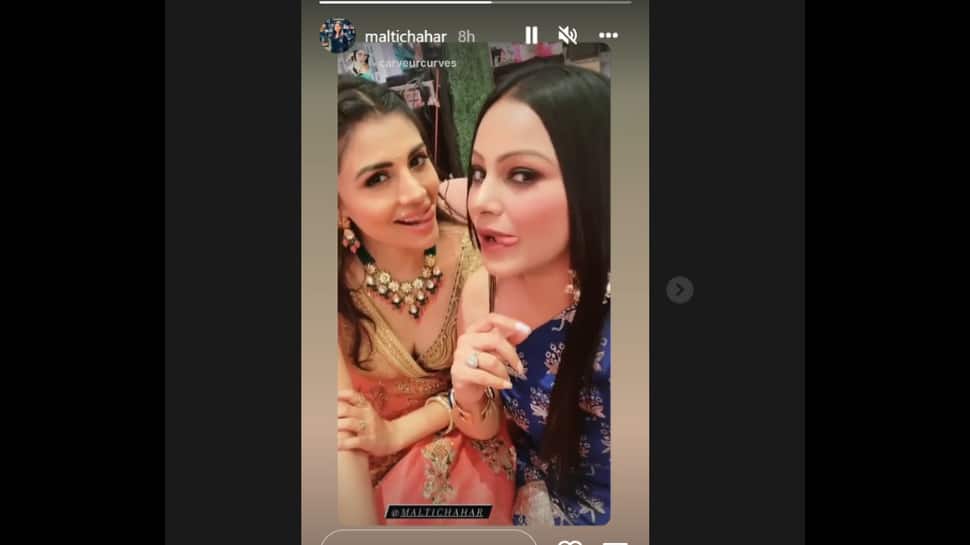 Malti will soon be making her acting debut in a Bollywood film. The film is named `Ishq Pashmina`. This will be a love story that also stars Bhavin Bhanushali, who is best known for his roles in movies and TV shows like `De De Pyaar De`, `Vellapanti` and `A.I. SHA: My Virtual Girlfriend`.

But Malti has just one thing on her mind right now which is to have as much fun at her brother’s wedding as possible.